I’ve never had a student be malicious toward me on April Fool’s Day, but sometimes I get a tired of little kids “jokes”.

If you’re a teacher (particularly of younger grades) you know what I’m talking about!

With that being said, I played a bit of a trick on my students last year… 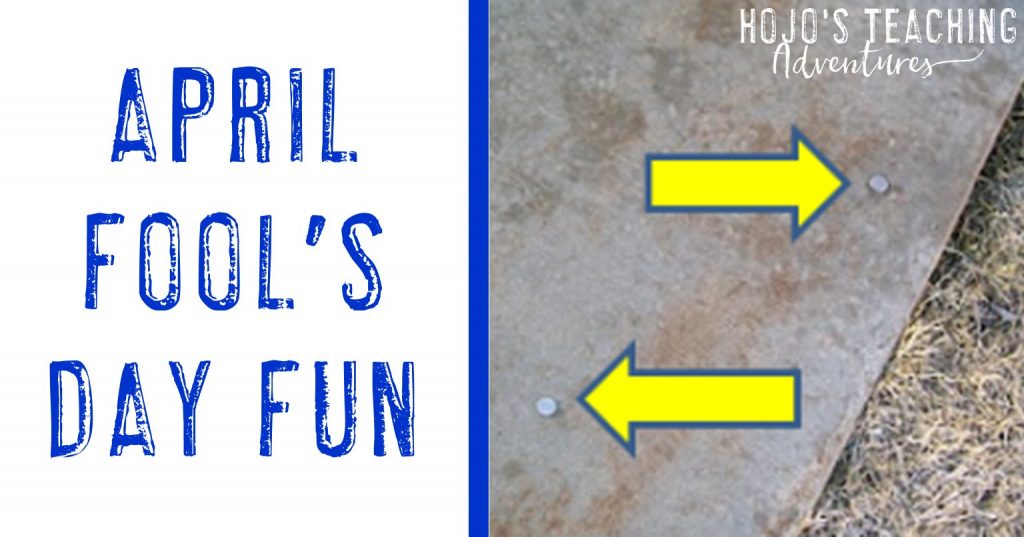 I super glued a quarter and a nickel to the sidewalk just outside of my building! (The Kindergarten building was separate from the rest of the school.) The kids picked and picked and picked, but they couldn’t get those darn coins to come up!!
I was rolling! Although of course I had to keep my laughter in for a little bit so they would keep trying. Finally, I had to shout, “APRIL FOOL’S!”
It was a blast! Even better – one of the adults I worked with also tried to pick them up and couldn’t figure out why she couldn’t get them! lol
Now – I am NOT a mean person, but I see nothing wrong with a good joke once in awhile. And I got the “ok” from my principal and custodian before I did this. Which, I’m glad I did, because it took almost a month before those darn coins came off! I had tried scraping them off and everything else I could think of, but they finally came off about 5 weeks later with the rain.
Have you ever played an April Fool’s trick on your students?
~HoJo~ 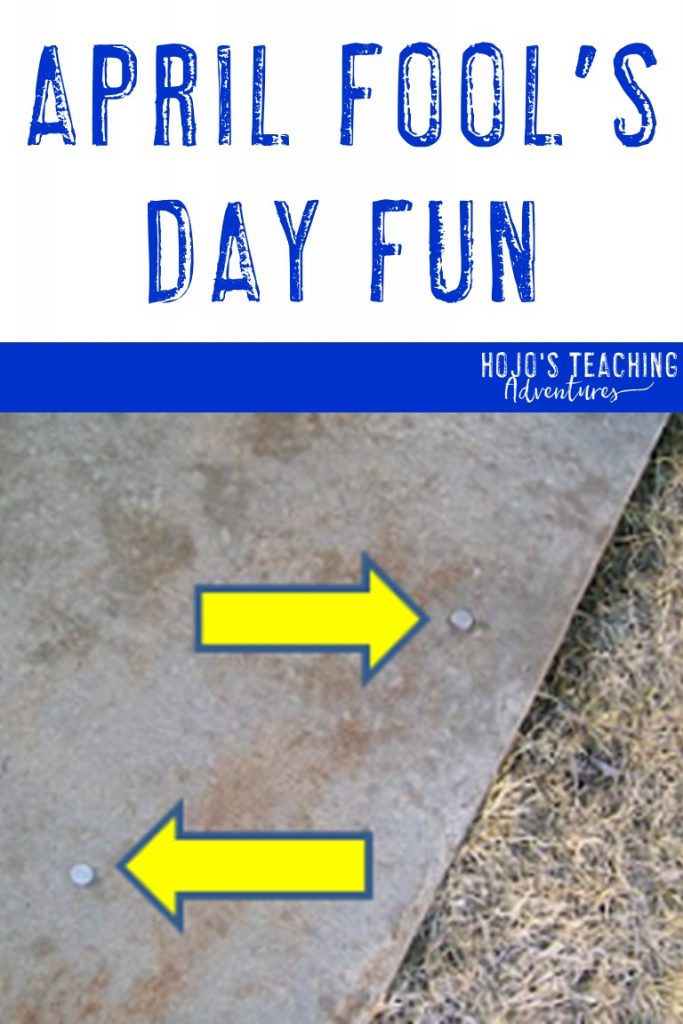 This may be my favorite photo of myself as a young

I purposely tried to take more time off this summe

Work on adding to 10 with your preschool, Kinderga

This view will NEVER get old! Bear Butte is at the

How's summer break treating you so far? (Yes, I kn

I may be biased, but I am in LOVE with this gnome!

This website uses cookies to improve your experience while you navigate through the website. Out of these, the cookies that are categorized as necessary are stored on your browser as they are essential for the working of basic functionalities of the website. We also use third-party cookies that help us analyze and understand how you use this website. These cookies will be stored in your browser only with your consent. You also have the option to opt-out of these cookies. But opting out of some of these cookies may affect your browsing experience.
Necessary Always Enabled

Any cookies that may not be particularly necessary for the website to function and is used specifically to collect user personal data via analytics, ads, other embedded contents are termed as non-necessary cookies. It is mandatory to procure user consent prior to running these cookies on your website.