The other day I shared my classroom rules and how I teach them in the first days/weeks of the school year. Today I want to take those one step farther and also show you how I get rid of inappropriate language in my classroom from the first days. 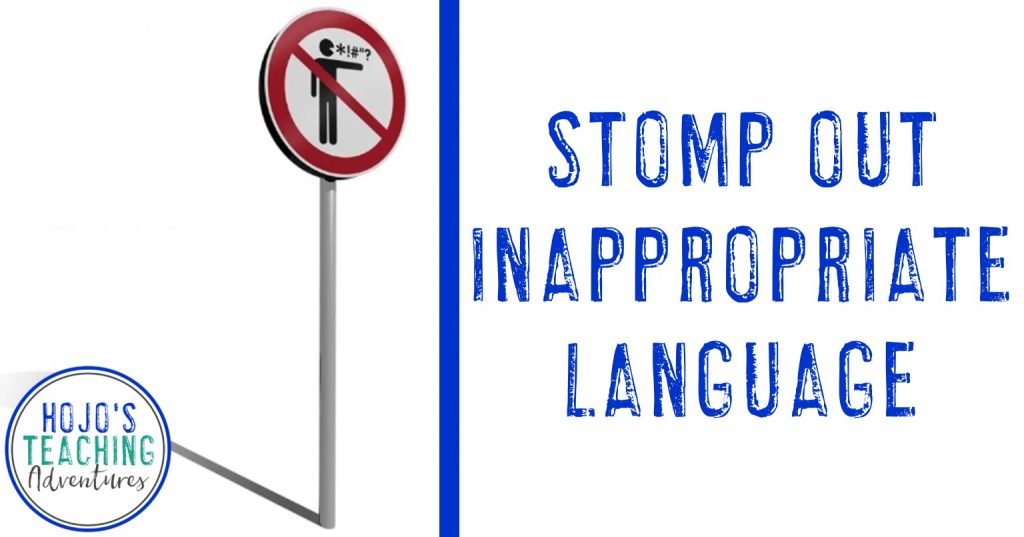 The first day or two is when we discuss the rules and list specific examples of what each rules looks like, sounds like, etc. By the third day I feel I really need to dive into appropriate language for my classroom. I grew up in a home where the words “dummy” and “stupid” were considered cuss words. Likewise, my siblings and I were never allowed to utter the phrase “shut up” without getting in trouble. While it may seem a bit strict, I feel this philosophy also works well in the classroom!


Each year around the third day I tell my students that we are going to “stomp out” the bad words I don’t want to hear in my classroom. I always start by saying that we all know the “cuss words” and that we aren’t going to say any of those horrible words out loud. So I write “cuss words” on paper – you’ll understand why I use paper a little later on in the post. Then I also explain that our classroom has no tolerance for “racial slurs” and I write that on the paper. From there I take a deep breath and ask the students what other words they think might be inappropriate in the classroom. Sometimes it takes them awhile to get going, but by the time we’re done we have a pretty good list. {i.e. shut up, stupid, retard, idiot, gay, dumb, knucklehead, loser, sucks, you get the idea…}


I have had a time or two were students have blurted out a completely inappropriate word or phrase. Be ready for that! I’ve found that a stern look will often stop the gigglers, and I will simply say, “Yes, that is an inappropriate word/phrase. I’m so glad we will not hear it again this year.” One time I had to pull a student out into the hall to talk with me after trying to get attention by saying several inappropriate terms, but after our little chat he was good as gold and he learned where my line was!


Here’s a picture of the list I used last year. Yes, I even take a picture of it – so if we need a reminder part way through the year, I can pull it out and reference all the words we “stomped”!

When we are done creating our “list” we then “stomp it out”. I literally start taking our large sheet of paper and ripping it into pieces to give each student. Each student gets a piece and we “stomp” it out, rip it up, etc. I’ve done this “stomping” activity with students in Kindergarten through sixth grade. Yes, the sixth graders rolled their eyes a little, but it still got the point across and they were giggling a little by the end. At the end we made sure all of our pieces ended up in the garbage, which only reinforced my clean room philosophy even more!


It never ceases to amaze me that even months into the school year, the students will correct ME if I utter one of the words we stomped out. –> “Miss Whetham, you just called the book dumb! We stomped that out!”


I always make a bit deal about my mix-up and tell them we all make mistakes. Then I apologize to the class, and ask them to forgive me. {I feel this shows that I’m human also – and all of us are going to make mistakes from time to time.}


Looking for more great back to school blog posts? Check out the topics below!

Back to School Classroom Management Tips

School Rules – Teaching Them to Start the Year Off Right!

Back to School Teacher Gift 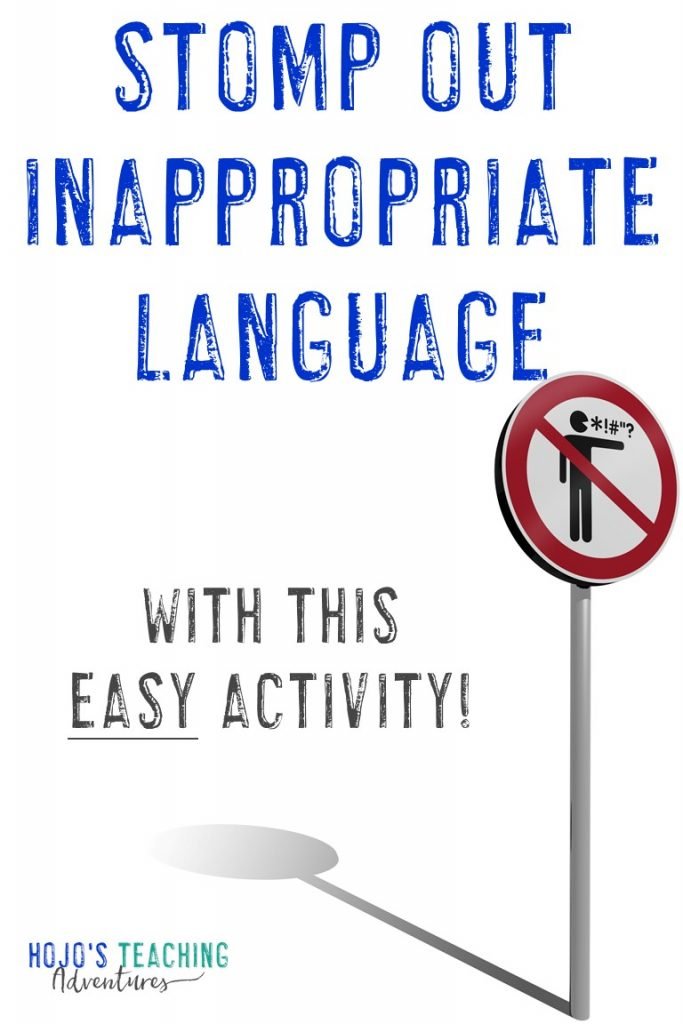 Previous Post: « School Rules – How to Teach Them to Start the Year Off Right!
Next Post: Departmentalizing Across Grade Levels »