I have been fortunate enough to have some great students thus far into my teaching career! Last year’s group of 6th graders was especially special because they were the first group of sixth graders I’d taught in my career and they were just amazing students. So I wanted to do something special to let them know how much I cared and to show them that their classmates care about them! (After all, middle school can be a rough time in anyone’s life. I know those are the years I would definitely not want to repeat!)

The wordle site I used to use in no longer an option. However, check out Word It Out, as I think it looks the most promising. Tagxedo is another option, but it’s picky about what browsers it will work with. Unfortunately I don’t have the knowledge with these programs to help you troubleshoot. 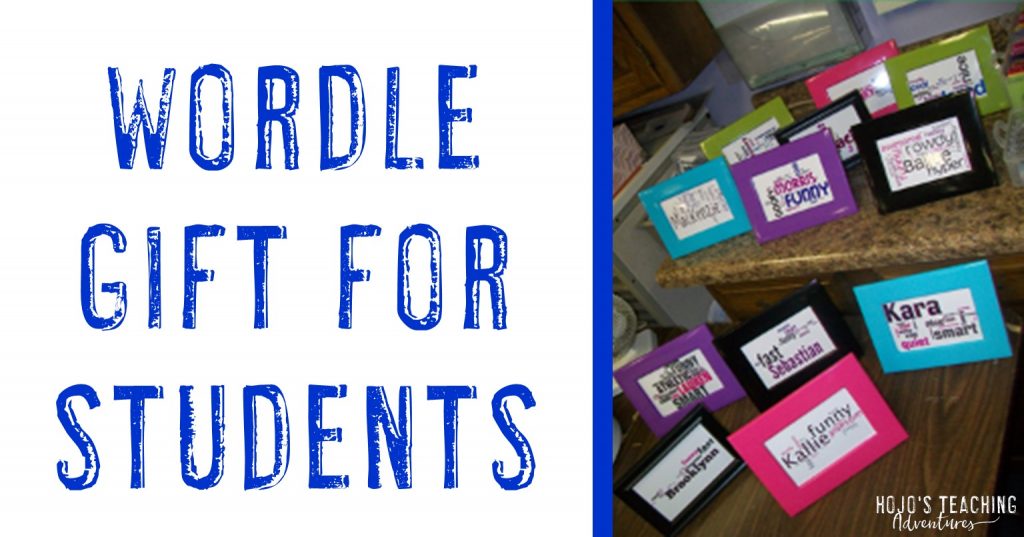 So that’s where the idea of creating Wordle gift for each student came into play! Here’s what my finished products looked like — 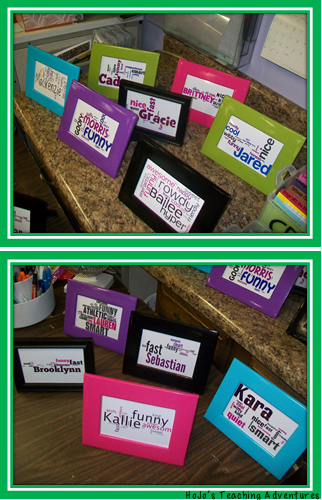 These were much easier to do than I initially expected. First, I gave each student a sheet of paper with each of their classmates’ names listed. They were told to write at least two positive character traits about each person, excluding themselves. (You could raise or lower this number based on the number of students in your class.) I also projected a list of character traits on the overhead so we wouldn’t get the typical boring words (nice, cool, fun, awesome, etc) the whole time.

I then took the sheets home and never mentioned them again to the students. {We probably completed the sheets three weeks before school was out – plenty of time for them to forget! 😉 }

The next step was to take the words the students had written and enter them into Wordle.(I also added my own words into the mix!) I started by typing the student’s name in eight times. I found that was the number I needed to make their name large enough, but you’ll have to play around with it a little bit to see what works best for you.

So their name was in there eight times, the word cool might have been six times, nice was four times, fun two times, and awesome just once.

Hopefully the above paragraph gives you a little better idea of how Wordle works. You’ll be able to play around with the colors to match your school colors, the student’s favorite color, or simply print in black and white. You can also change the fonts and the orientation to be portrait or landscape. It was actually fun to play around with! (That or maybe I’m a bit of a dork!)

Once I had the words displayed the way I wanted them, I took a screen shot. This screen shot was then put into Paint where I could crop it to the right dimensions to order prints. My prints were expensive at $0.40 each, but you can get them for $0.10 each if you shop around. The final step was to put them into the $1 frames I had bought at Wal-Mart. The hardest part was not blurting out to my students what they were going to get on the last day of school. I could hardly contain my excitement about these wonderful gifts! 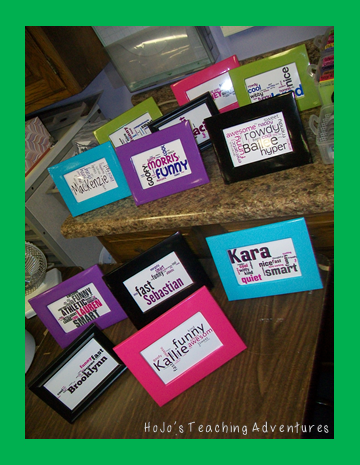 The last day of school was so precious. I literally had students tearing up when they saw these. They couldn’t stop ooh’ing and ahh’ing about their own frames, but they also wanted to check out everyone else’s. I also heard from several parents that the students really enjoyed them. I truly hope they are something these students cherish for the next few years because I know their peers can sometimes be hard on them, and they can be even harder on themselves.

If you still have questions about how to make these, feel free to leave a question in the comments below.

Need even more great end of the school year ideas? Try these out: 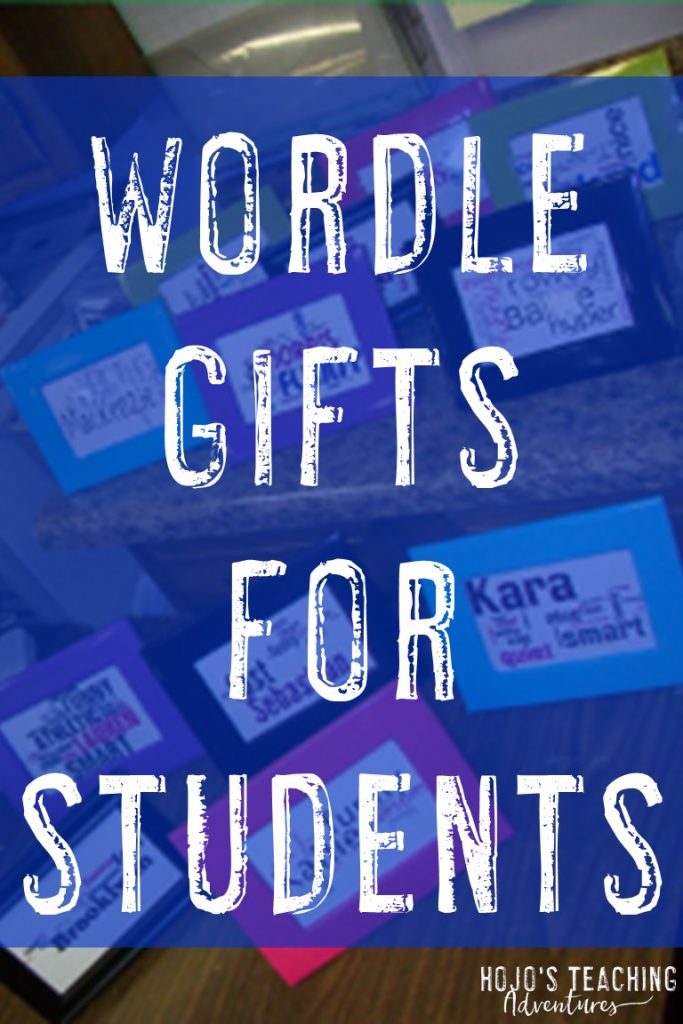 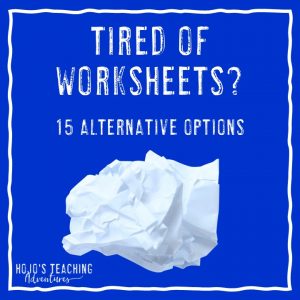